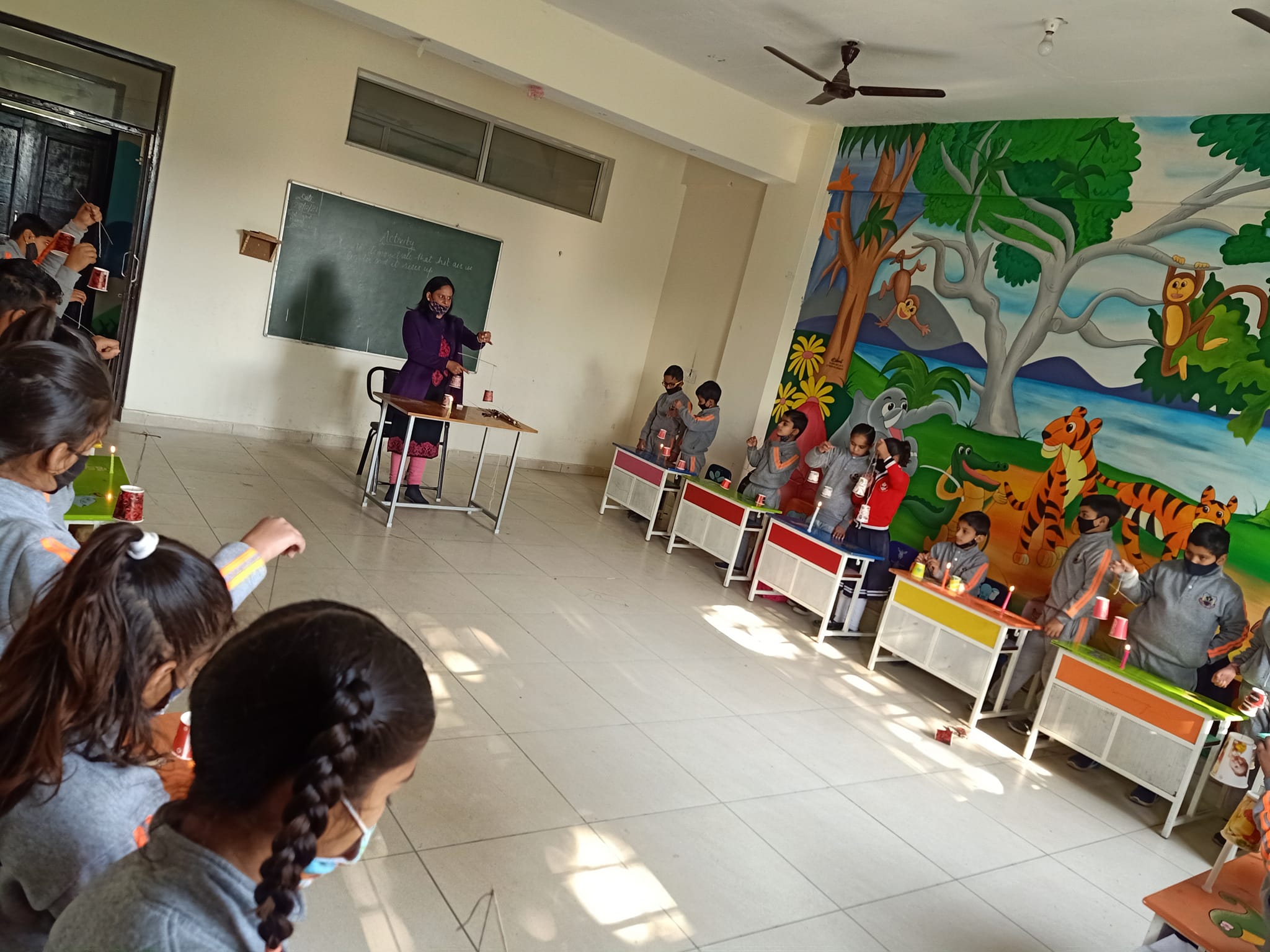 I. Take two paper cups of the same size.II. Hang the two cups in the inverted position on the two ends of a wooden stick.III. Tie the stick from its exact mid-point by a thread and hang it in the balance position.IV. Place a burning candle below one of the cups and do not place the candle too close but considerably close.V. In some seconds you will see that the half part of the stick where we put the candle below gets lifted up with the cup.VI. As soon as we remove the candle the raised part will get back to the initial position in some seconds.This experiment shows that the warm air expands and rises up, the reason behind this is that when we heat up the air it expands and occupies more space than before but has same mass, so that is why is gets light weight than cool air which is compressed air and, Hence warm air lighter than cool air.Almightians learn every Science activity by doing. 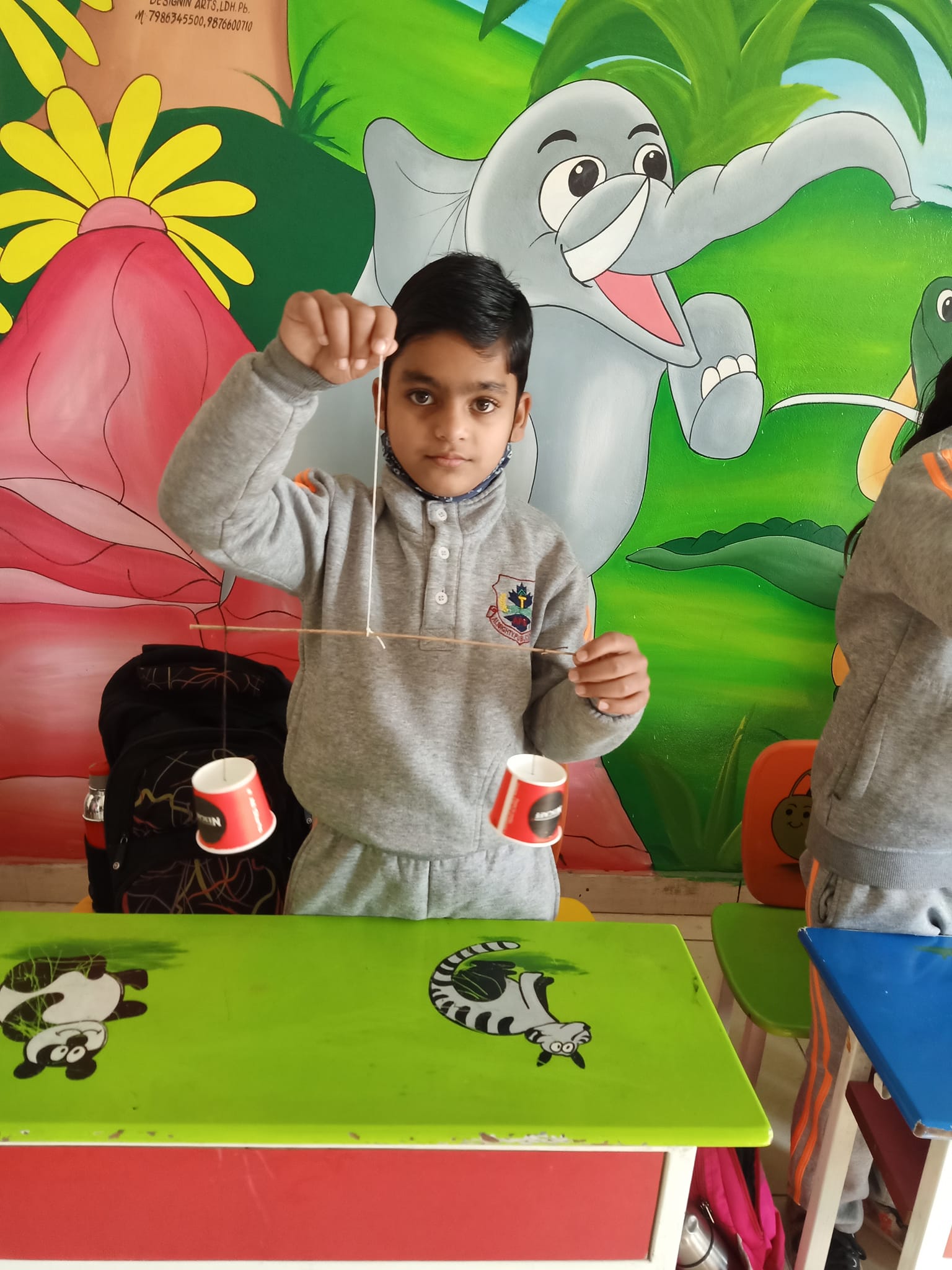 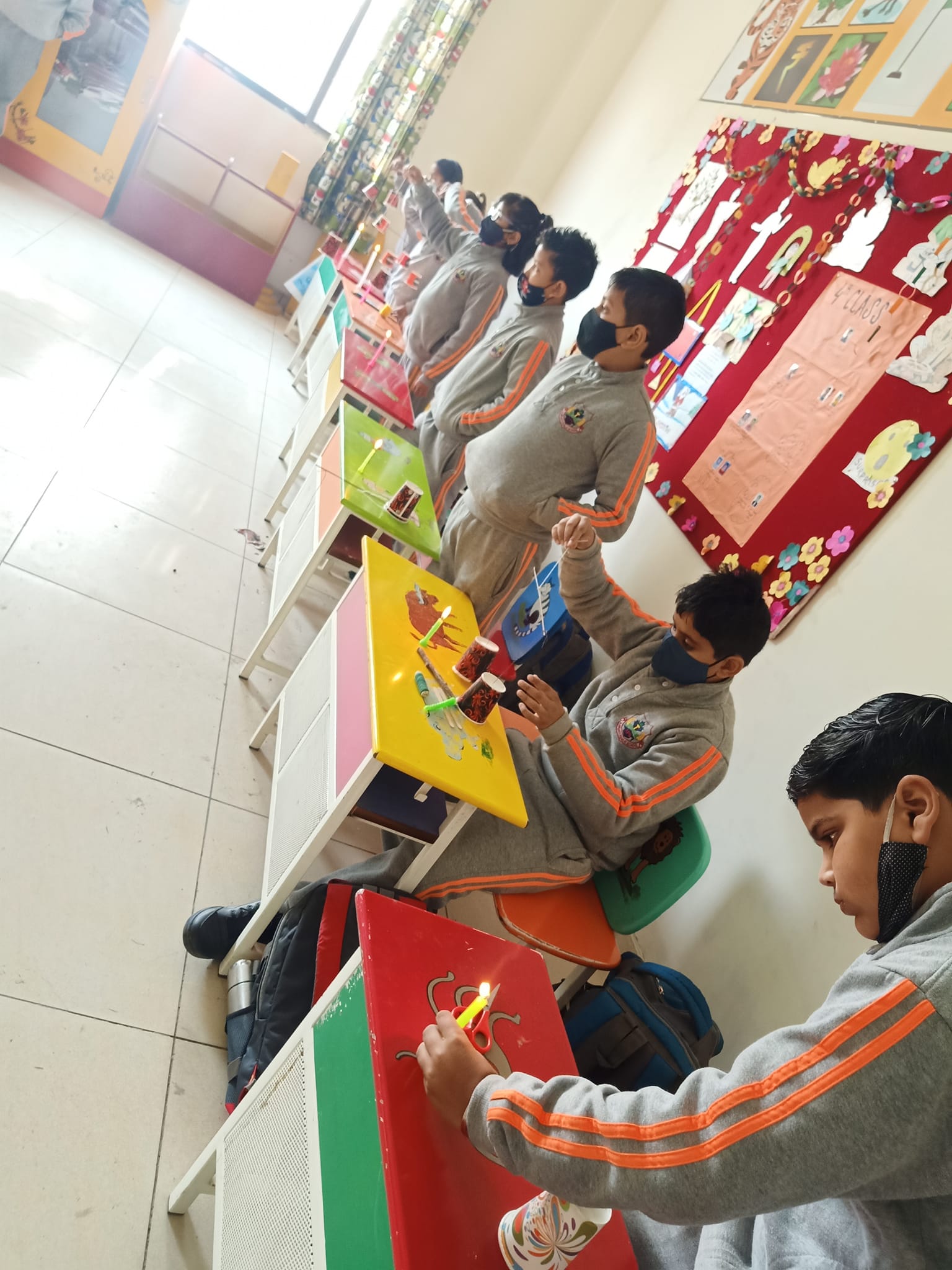 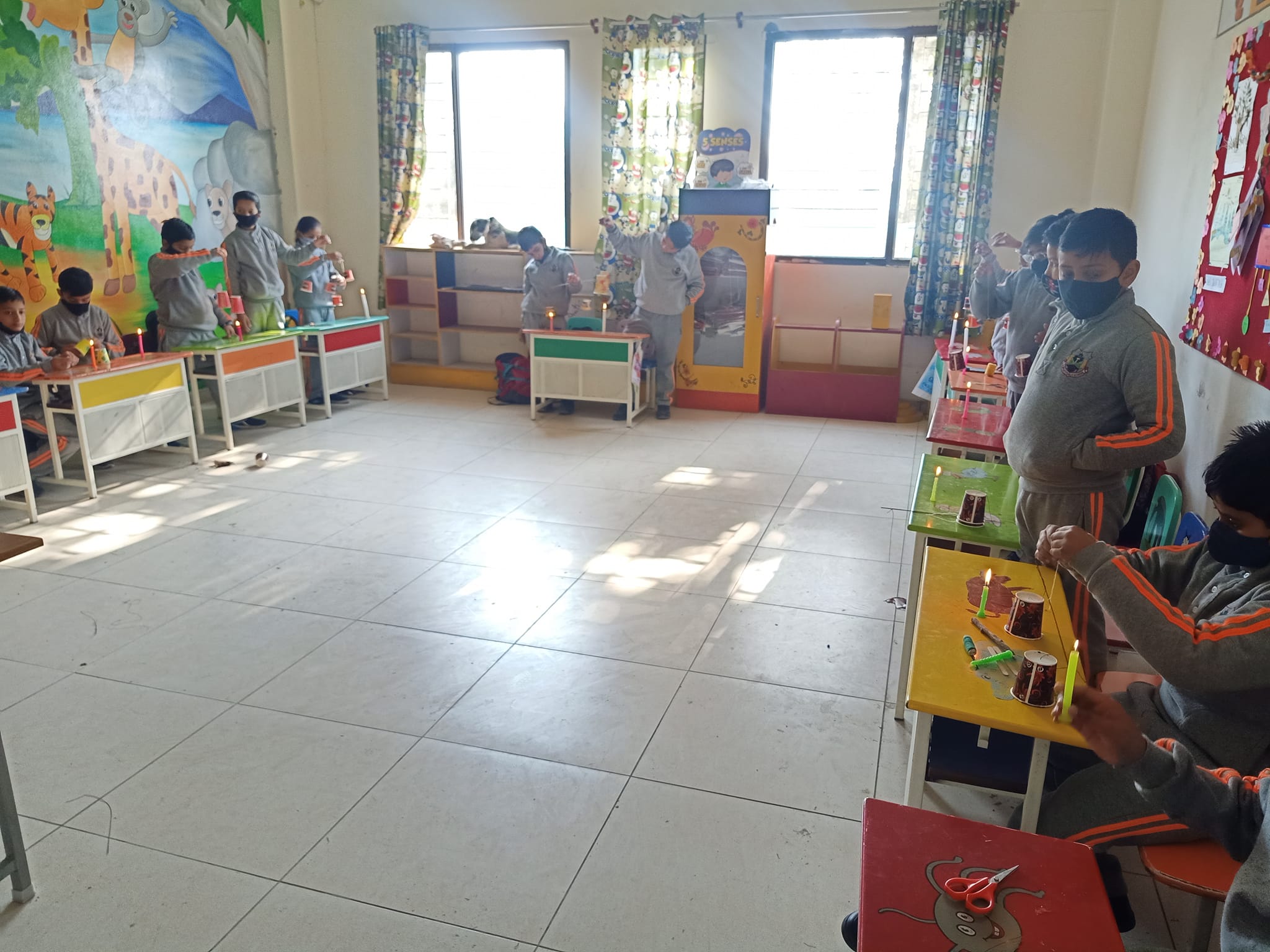 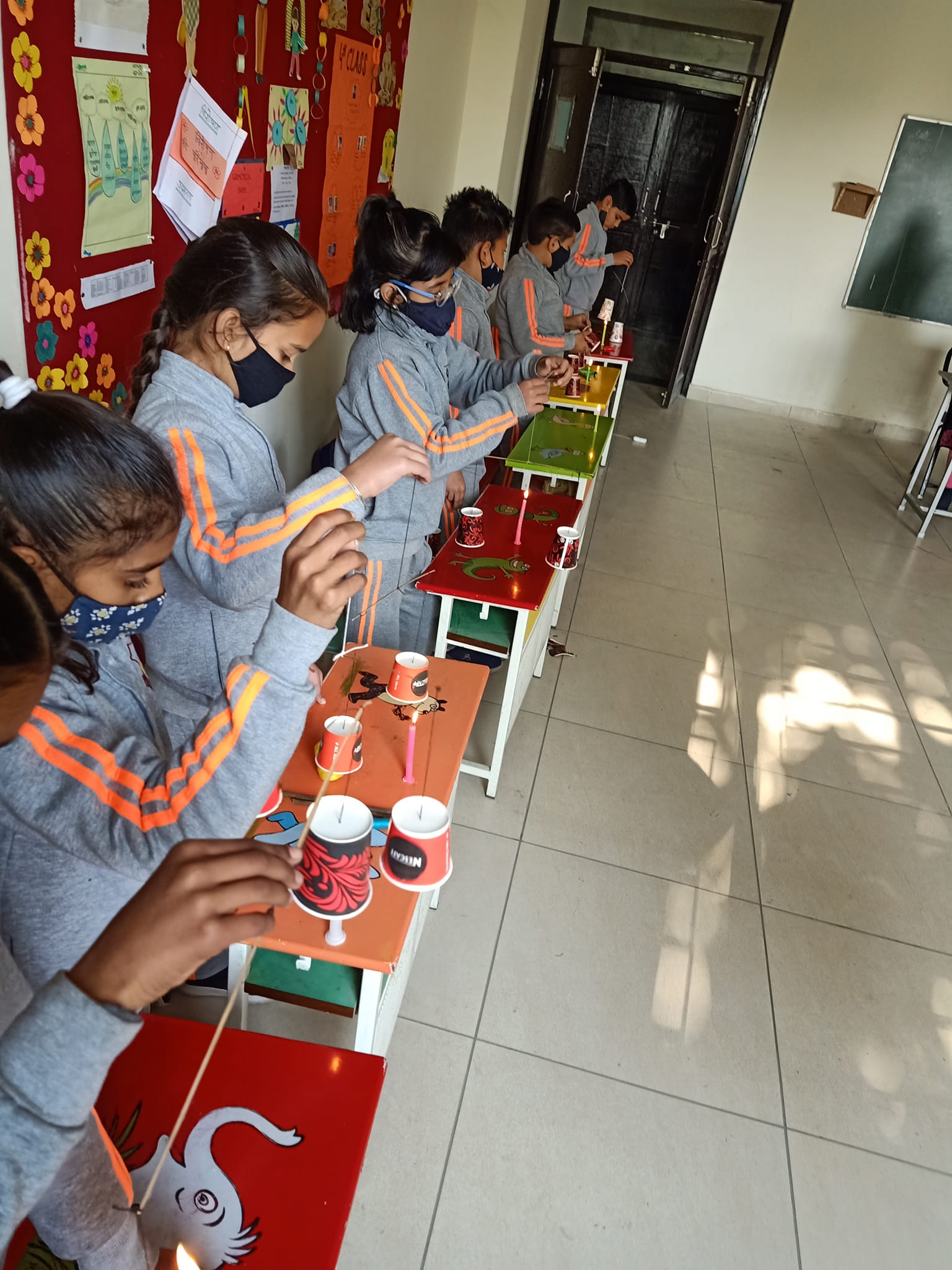 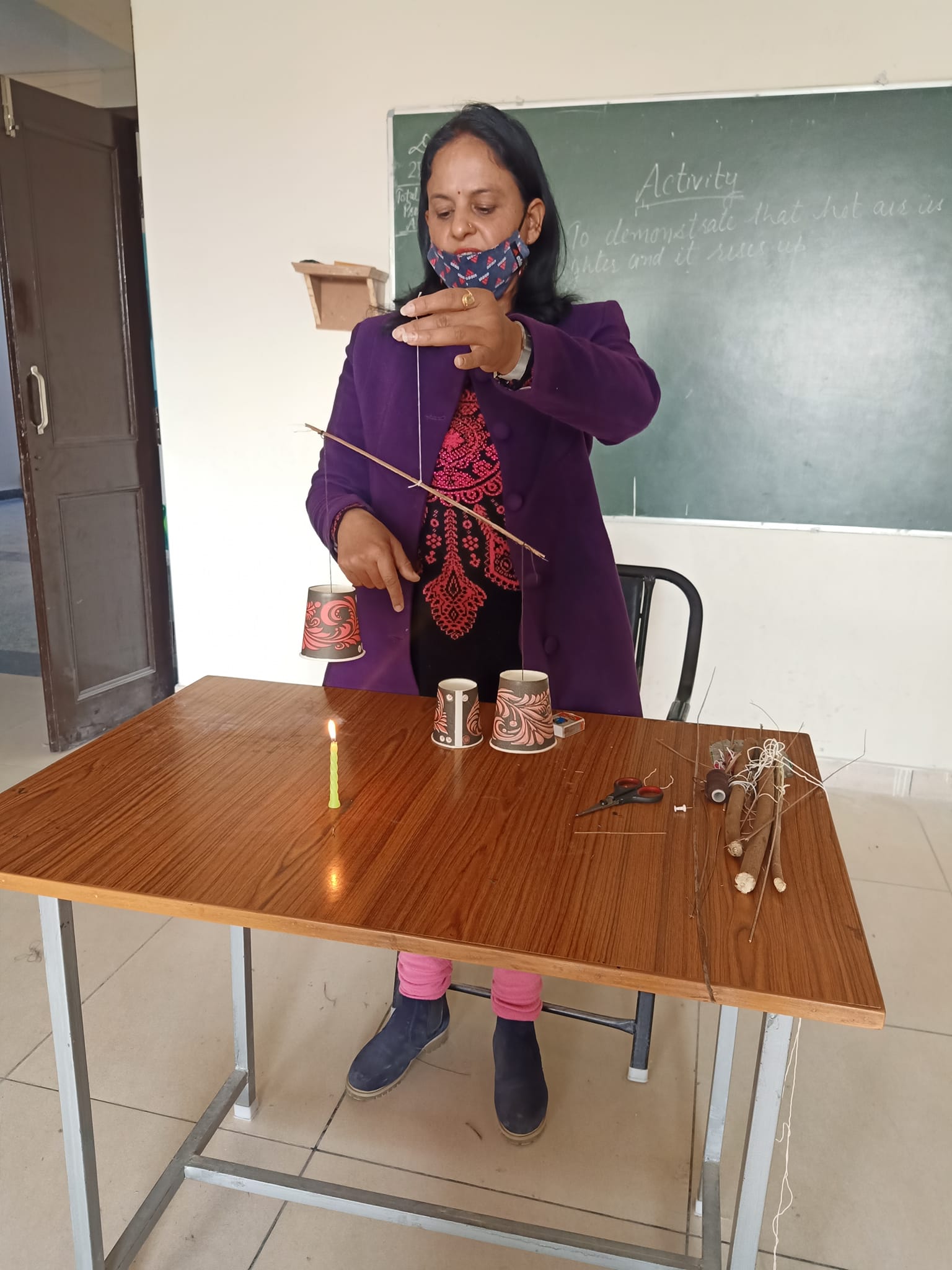 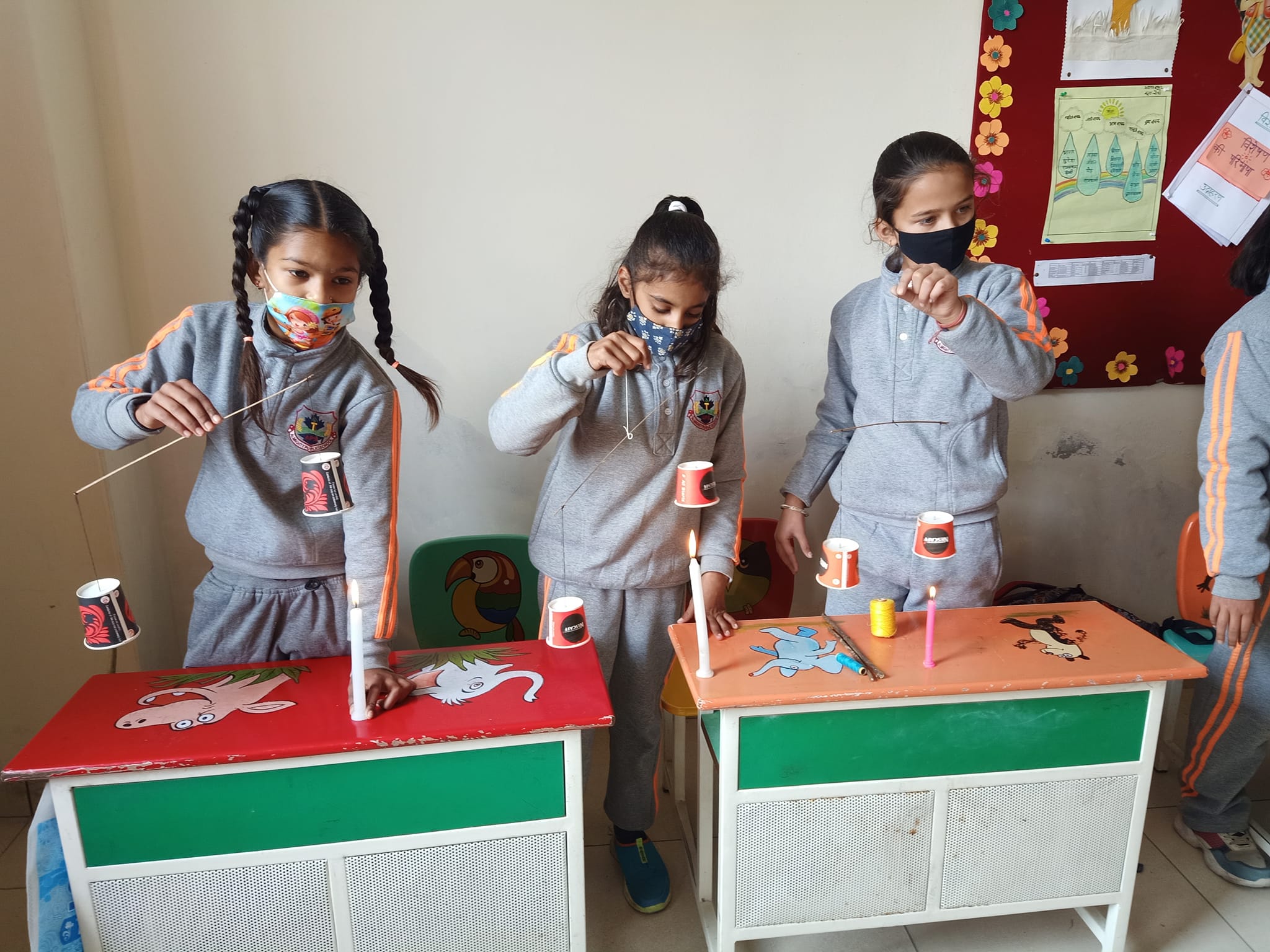 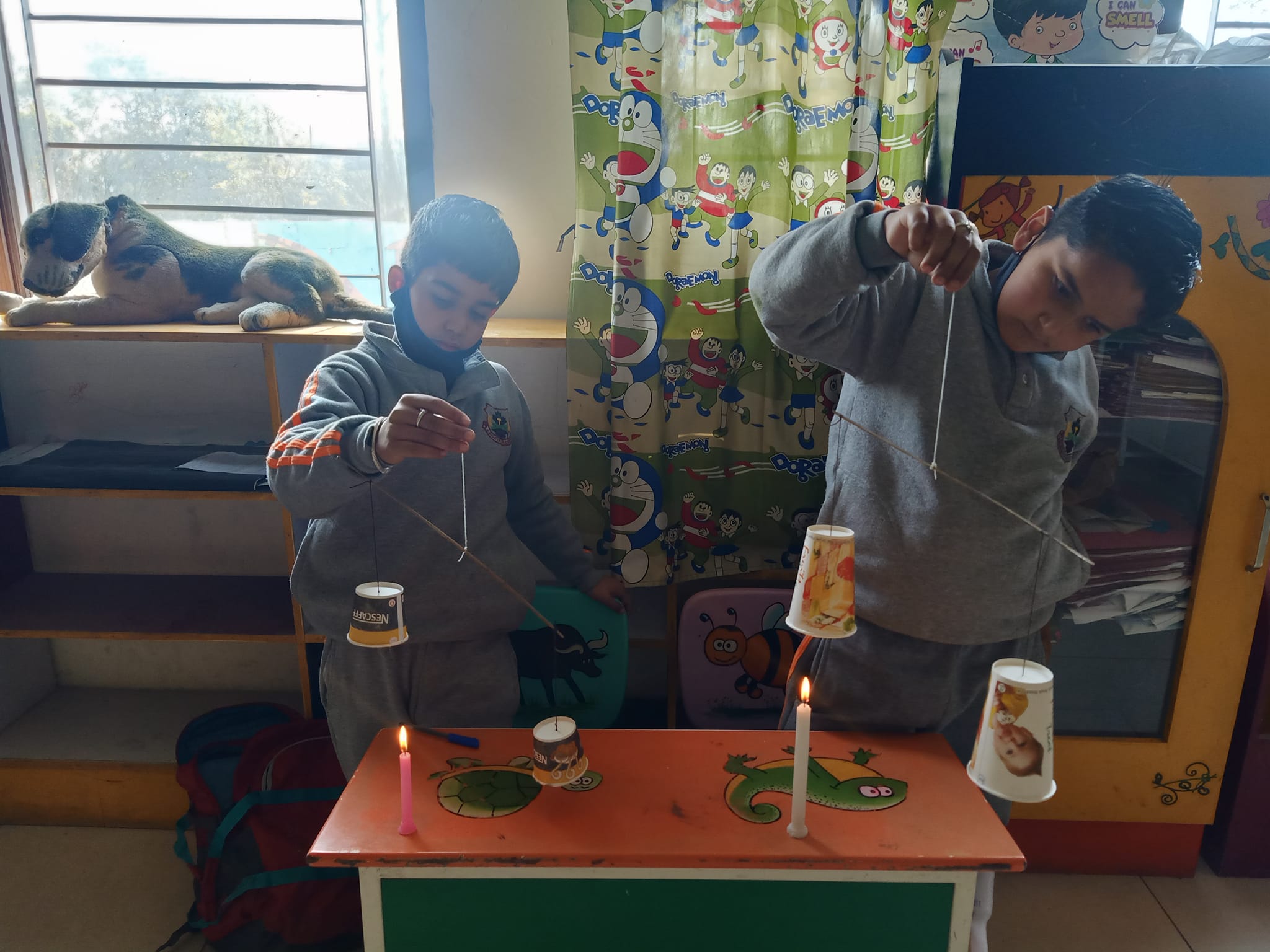 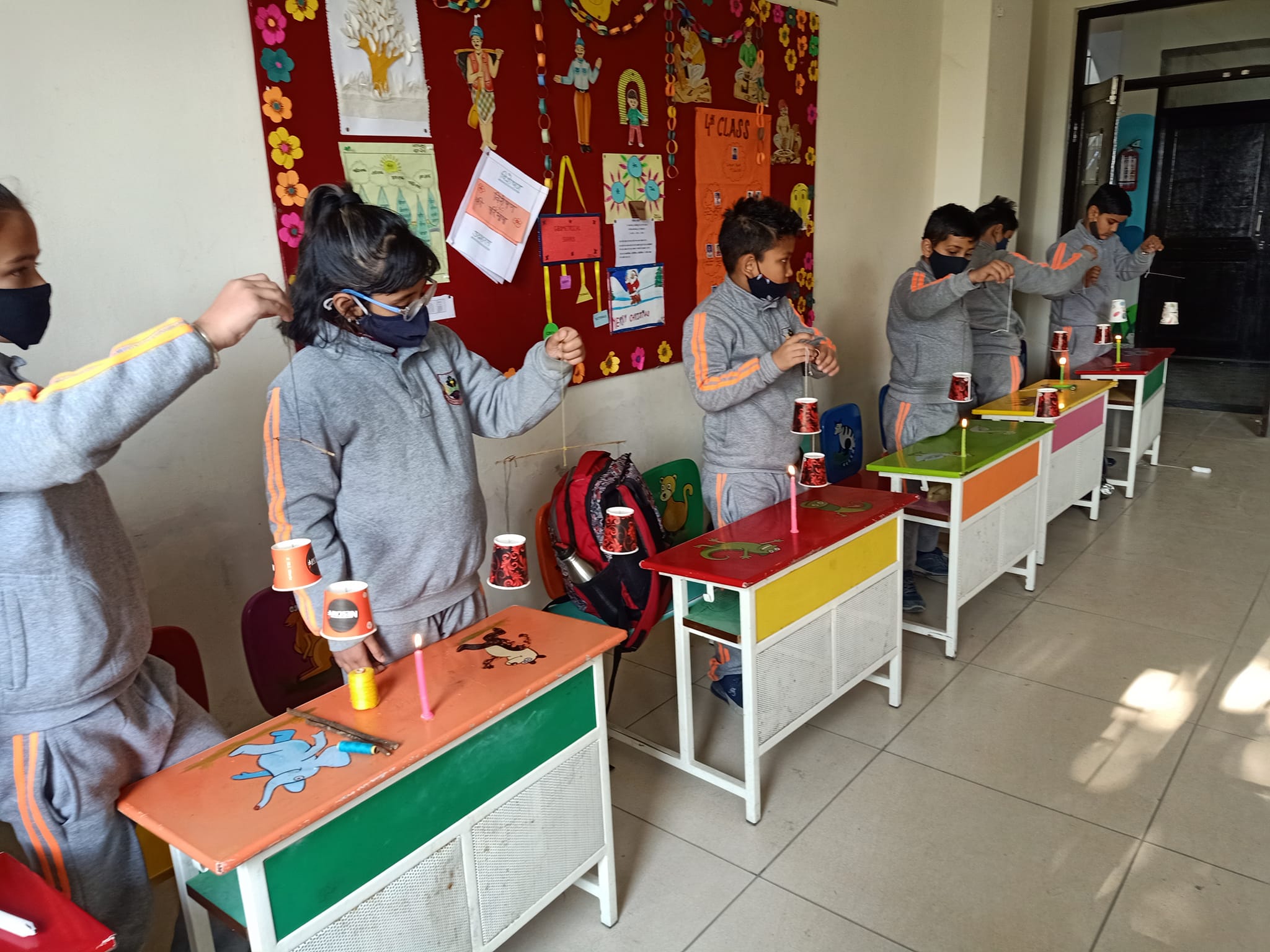 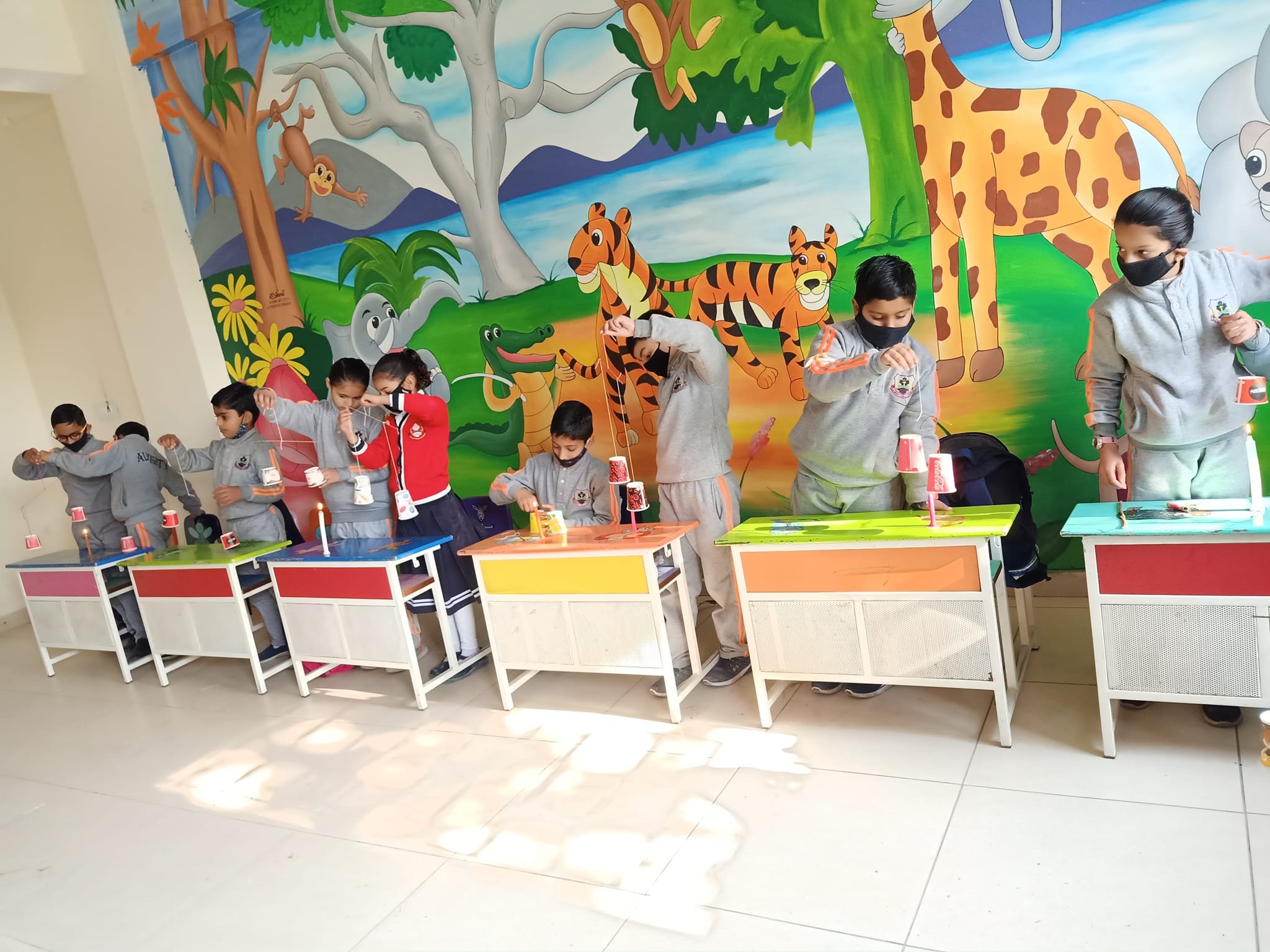