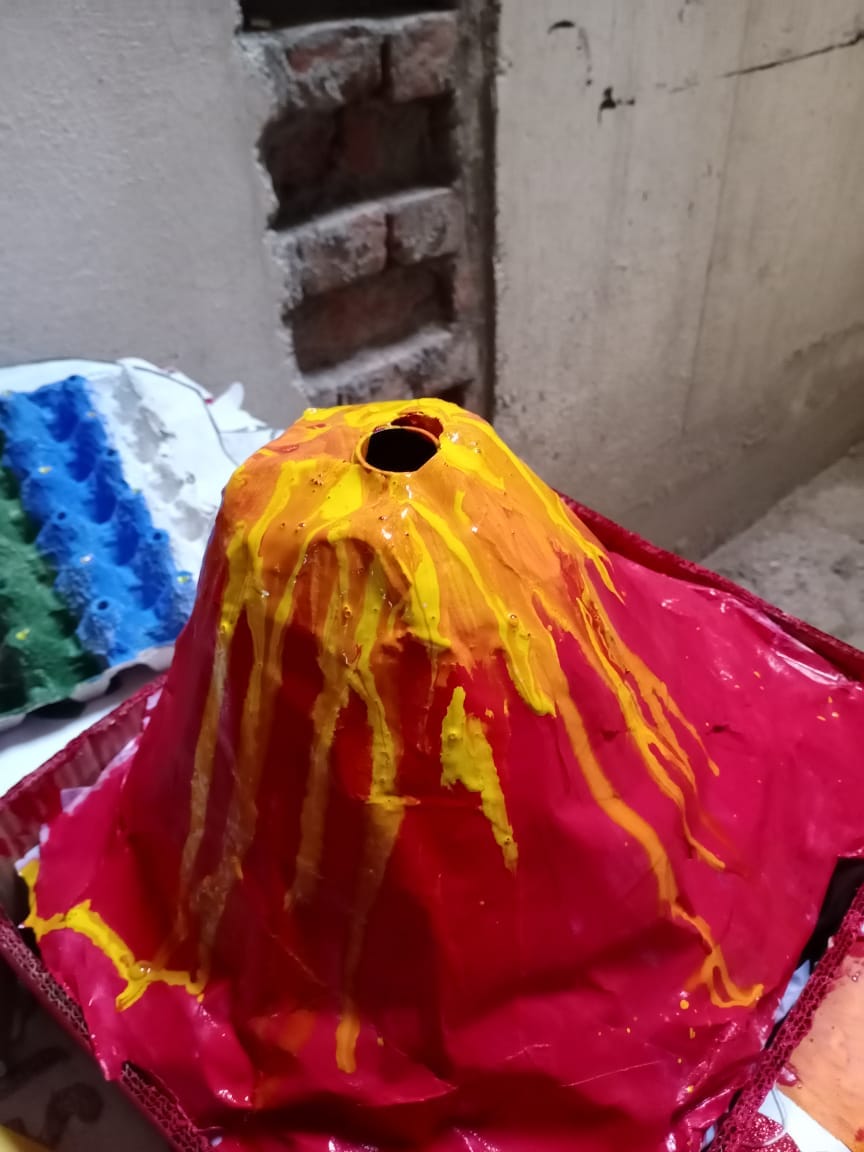 ‘Volcanic Eruption’ activity was conducted in Almighty Public school where students learnt how volcanoes erupt and the way magma comes out of the earth.

This week Junior Almightians created model volcanoes during the Activity Period for Active Planet. The students built their volcanoes with recycled materials and paper mâché techniques. On the final day of the project, the group used a fun and safe chemical reaction to simulate a volcanic eruption.

This hands-on activity gave the students a chance to be creative and imaginative while they reexamined knowledge they acquired about volcanoes and other natural disasters. It proved to be a wonderful way to tie the unit’s lessons together and link them under the umbrella of the overall theme.

Throughout the Active Planet unit, the students learned about Earth’s tectonic plates and how small changes can have enormous effects around the world. The lesson delved into information on earthquakes, tsunamis, and of course, volcanoes. For example, the students looked at the technical language surrounding volcanoes.
“It’s important to remember that volcanoes can be dangerous,” Class 4th student Aayush said.

The students also studied fault lines and invented protective suits for a volcanologist. Plus, they learned about real volcanic eruptions and other natural disasters that made significant impacts throughout history, which helped them to consider the importance of environmental conservation today.

“I think it’s interesting that volcanoes have three stages—active, dormant, and extinct,” Class 5th student kanishka said.
For the construction phase of the in-person project, the students first crumpled recycled newspaper into balls and glued them around a recycled water bottle to create a structure for their model volcano. Next, they made an eco-friendly paste from flour and water. Afterward, the students cut strips of newspaper, dipped them in the paste, and placed them on top of the structure.
The project was a lesson in patience and persistence. When it was time to wait for the volcanoes to dry, some students expressed how eager they felt to see the results and move to the next step, so the teachers encouraged them to be patient and channel their enthusiasm into the next day’s work.
“Our students are resilient, and their imaginative spirit is powerful. They work as creatively as ever and find unique ways to be successful,” Science Teacher said.

While observing social-distancing guidelines, the students found creative ways to collaborate. For instance, students discussed ideas on the most durable way to build the structure and the most skillful way to paint the outer shell.

On the final day of the project, science took center stage when the students learned about the chemical reaction that occurs when vinegar and bicarbonate of soda, or baking soda, mix to make carbonic acid and sodium acetate. The carbonic acid decomposes into water and carbon dioxide gas, which makes a bubbly foam. The students added these materials to their model volcanoes.

The resulting chemical reaction was a captivating moment for the students, who loved watching the foamy substance blast out of their volcano creations in the way lava might explode from a real volcano during a volcanic eruption. They also experimented with other chemical mixtures, such as vinegar and dish soap, to compare the reactions. It was a little messy and a lot of fun!

“We studied how volcanoes helped our planet form over millions of years. Many of the concepts were abstract, so we made the ideas real by creating model volcanoes,” Science teacher Mrs. Nivedita explained. “The students found it exciting to see the volcanoes erupt and ooze lava, and we connected the moment to things we learned.” According to her students noticed that the model volcanoes erupted for a much longer time than anyone had expected. This observation led to a fantastic conversation about the duration of real volcanic eruptions and their effects on civilizations.

In the end, the project was a big success. The students relied upon lessons they learned in multiple subjects, and within a relatively short time frame, they saw the benefits of consistent effort. The students came away with exceptional creations and lasting memories.
“The best part of the activity was when we erupted our volcanoes! At first, nothing happened. Then we shook the volcanoes, and they went boom! It was a big surprise,” Class 5th student Ishant said. Constructing the model volcanoes and painting them were also favorite moments among the students. 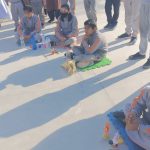 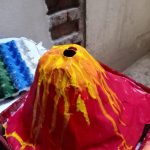 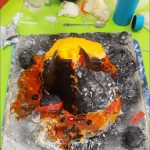 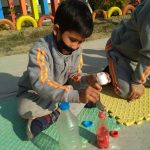 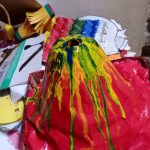 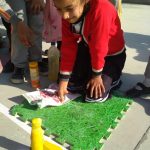 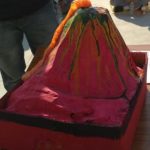 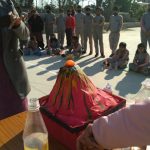 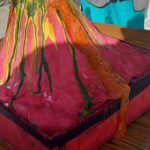 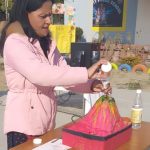 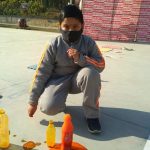